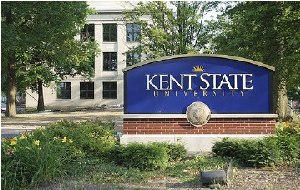 Kent State University is one of the century-old famous universities firstly approved and recognized and recommended by Chinese Education Department, ranking in the 194th in the universities of the United States reported by US News and World Report (2015). Founded in 1910, the university consists of eight campuses and has about 35000 students, in which there are more than 900 Chinese overseas students. Kent State University is one of the largest local education systems in the United States and its scale ranks in top three in Ohio. The university provides more than 270 undergraduate courses, 55 courses for master's degree and 22 courses for doctor's degree. Kent State University has been awarded as one of the “best universities in the Midwest” for many years by Princeton Review, which can prove its abundant strength in teaching and research..